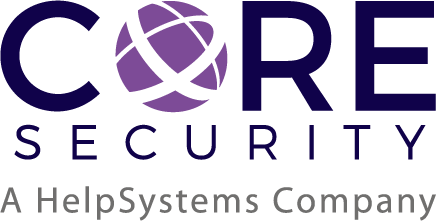 What is Penetration Testing?

Enabling Security Professionals to Interpret, Prioritize and Act on Data

A penetration test, or pen-test, is an attempt to evaluate the security of an IT infrastructure by safely trying to exploit vulnerabilities. These vulnerabilities may exist in operating systems, services and application flaws, improper configurations or risky end-user behavior. Such assessments are also useful in validating the efficacy of defensive mechanisms, as well as, end-user adherence to security policies.

Penetration testing is typically performed using manual or automated technologies to systematically compromise servers, endpoints, web applications, wireless networks, network devices, mobile devices and other potential points of exposure. Once vulnerabilities have been successfully exploited on a particular system, testers may attempt to use the compromised system to launch subsequent exploits at other internal resources – specifically by trying to incrementally achieve higher levels of security clearance and deeper access to electronic assets and information via privilege escalation.

Information about any security vulnerabilities successfully exploited through penetration testing is typically aggregated and presented to IT and network system managers to help those professionals make strategic conclusions and prioritize related remediation efforts. The fundamental purpose of penetration testing is to measure the feasibility of systems or end-user compromise and evaluate any related consequences such incidents may have on the involved resources or operations

Penetration testing offers many benefits, allowing you to:

As you can see, obtaining a penetration-testing software or hiring a pen-tester to test your network is a proactive effort of protecting your network and business from risks before attacks or security breaches occur.

It is impossible to safeguard all information, all the time.

Traditionally, organizations have sought to prevent breaches by installing and maintaining layers of defensive security mechanisms, including user access controls, cryptography, IPS, IDS and firewalls. However, continued adoption of new technologies, including some of these security systems, has made it even harder to find and eliminate all of an organizations’ vulnerabilities and protect against many types of potential security incidents.

Pen-testing evaluates an organization’s ability to protect its networks, applications, endpoints and users from external or internal attempts to circumvent its security controls to gain unauthorized or privileged access to protected assets.

How Often You Should Perform Pen-Tests

Penetration testing should be performed on a regular basis to ensure more consistent IT and network security management. A pen-tester will reveal how newly discovered threats or emerging vulnerabilities may potentially be assailed by attackers. In addition to regularly scheduled analysis and assessments required by regulatory mandates, tests should also be run whenever:

How You Can Benefit From Pen-Tests

Pen-tests provide detailed information on actual, exploitable security threats. By performing a penetration-test, you can proactively identify which vulnerabilities are more critical, which are less significant and which are false positives. This allows your organization to more intelligently prioritize remediation, apply needed security patches and allocate security resources more effectively to ensure that they are available when and where they are needed most.

Avoid the cost of network downtime

Recovering from a security breach can cost an organization millions of dollars related to IT remediation efforts, customer protection and retention programs, legal activities and more.

Penetration testing helps organizations address the general auditing/compliance aspects of regulations. The detailed reports that pen-tests generate can help organizations avoid significant fines for non-compliance and allow them to illustrate ongoing due diligence in to assessors by maintaining required security controls to auditors.

Every single incident of compromised customer data can be costly in terms of both negatively affecting sales and tarnishing an organization’s public image. With customer retention costs higher than ever, no one wants to lose the loyal users that they’ve worked hard to earn, and data breaches are likely to turn off new clients. Penetration testing helps you avoid data incidents that put your organization’s reputation and trustworthiness at stake.

Did you know Core Security offers a full scope of penetration tests? Our consultants can execute on any of the following types of pen-tests pending your business needs. Curious as to what these entail and what sort of findings you will obtain after conducting this service?

Contact us via e-mail or online enquiry form and we will get back to you as soon as possible.